THE SOUND OF SUNSHINE

1 x 60 / 75-minute documentary
​Synopsis: Michael Winslow, (the much-loved mimic and comedian of Police Academy fame), is diagnosed with synesthesia - a rare neurological trait causing the senses to blend. So begins Michael’s exploration of why he can hear colours, how other synesthetes experience the world, and how the condition can influence the creative process. Michael asks renowned synesthetes, philosophers and neurologists what synesthesia can teach us about the mysteries of the brain, the creative process, consciousness itself, and the perceptive potential locked inside all of us...

'The Sound of Sunshine' taster: "My Name is Michael, and I make noises" from Felicity Blake, The Dove Media on Vimeo. 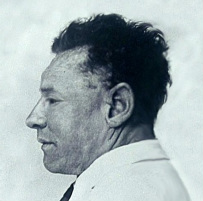 AN UNIDENTIFIED VICTIM
AN UNBROKEN CIPHER
AN ELECTRIFYING MYSTERY...
The 'Somerton Man' was found dead at Somerton Beach in Adelaide, South Australia, on December 1, 1948 – and with that, we have exhausted everything we know about him. Nobody knows his identity, the exact cause of his death, or why he was murdered... except his killer. For over 60 years, police, detectives and amateur sleuths have worked to piece together the clues which might identify the man, but to no avail. Having unearthed breathtaking twists, an unbreakable code, a mysterious love affair, and possible links to wartime intrigue, investigators drew a blank. Just one woman, known only by the codename 'Jestyn', seemed as though she could provide a lead, but she took her secret to her grave. Now, using innovations in information architecture, infographics, gaming theory, the social web, online networking, crowdsourcing, and cutting-edge DNA testing, we have one last chance to crack the case before the trail goes cold.

CODENAME 'JESTYN' is your opportunity to solve one of the world’s most famous cold cases in an interactive transmedia documentary.

For former projects, please see abridged credits on the Services & Bio page.
We think of film as a bullet that ignites consciousness.
​We must serve as the stone that breaks silence, or the bullet that starts the battle.
Poetry is not a goal in itself.  Among us,  poetry is a tool to transform the world.
— RAYMUNDO GLAYZER —
The Dove Shoots Film, Not Friends. All content on this site is (c) The Dove Media 2013 and is not to be used without permission.