Impact producing is a fairly new, formalised term for work that independent documentarians have been doing for a long time. Impact Producers create and manage campaigns of social action built around stories (in my case, documentaries) as the central communication and convening tool. I work with numerous stakeholders, both within the film industry (producers, investors, distributors, exhibitors, broadcasters, streaming platforms), and the broader community (nonprofits, NGOs, government, community organisations, public institutions, private industry, educators, clubs, teams, fandoms, and so on) to reach audiences and deepen their engagement with the film and its messages, so that they're transformed into a community of action. Not only can documentaries raise awareness, but when paired with opportunities for strategic action, they can also motivate real change on pressing issues.
​
I am available as a campaign producer for long-term projects with funding, or as a short-term strategy consultant coaching filmmakers managing their own campaigns. 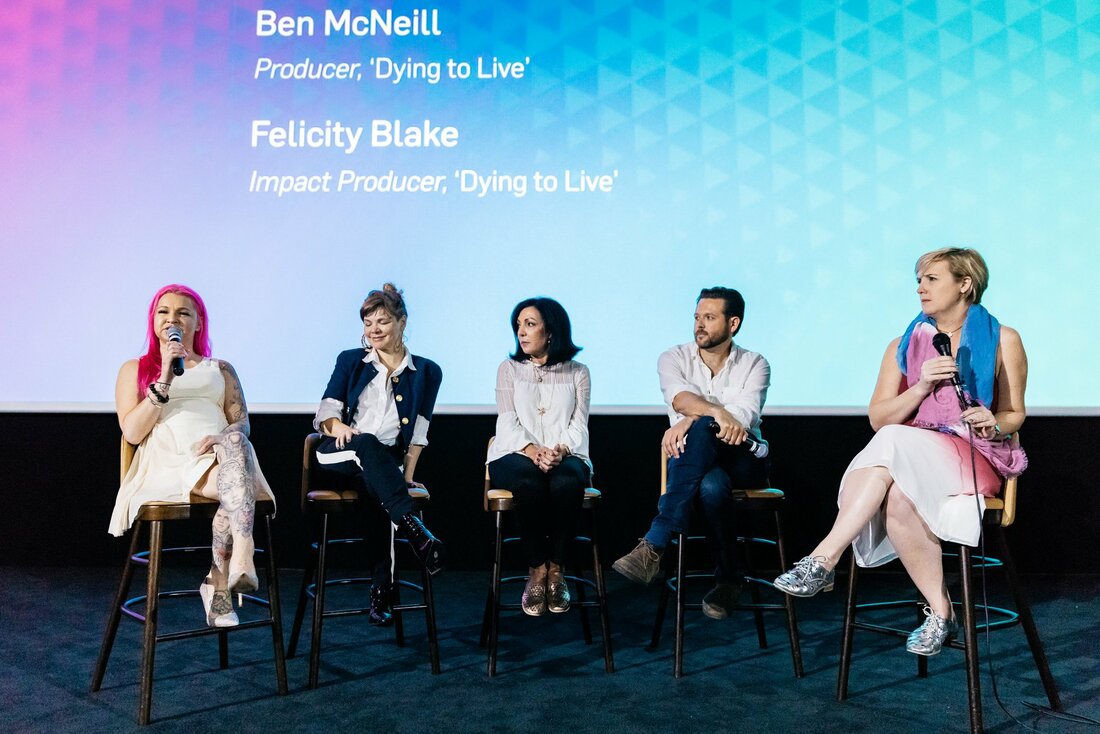 Photo c/- Brisbane International Film Festival
To those who say people wouldn't look; they wouldn't be interested; they're too complacent, indifferent and insulated,
I can only reply: There is... considerable evidence against that contention.

[Television] can teach, it can illuminate; yes, and even it can inspire. But it can do so only to the extent that humans are determined to use it to those ends. Otherwise, it's nothing but wires and lights in a box. There is a great and perhaps decisive battle to be fought against ignorance, intolerance and indifference. This weapon of television could be useful.
- EDWARD R MURROW, 1958 -
The Dove Shoots Film, Not Friends. All content on this site is (c) The Dove Media 2013 and is not to be used without permission.